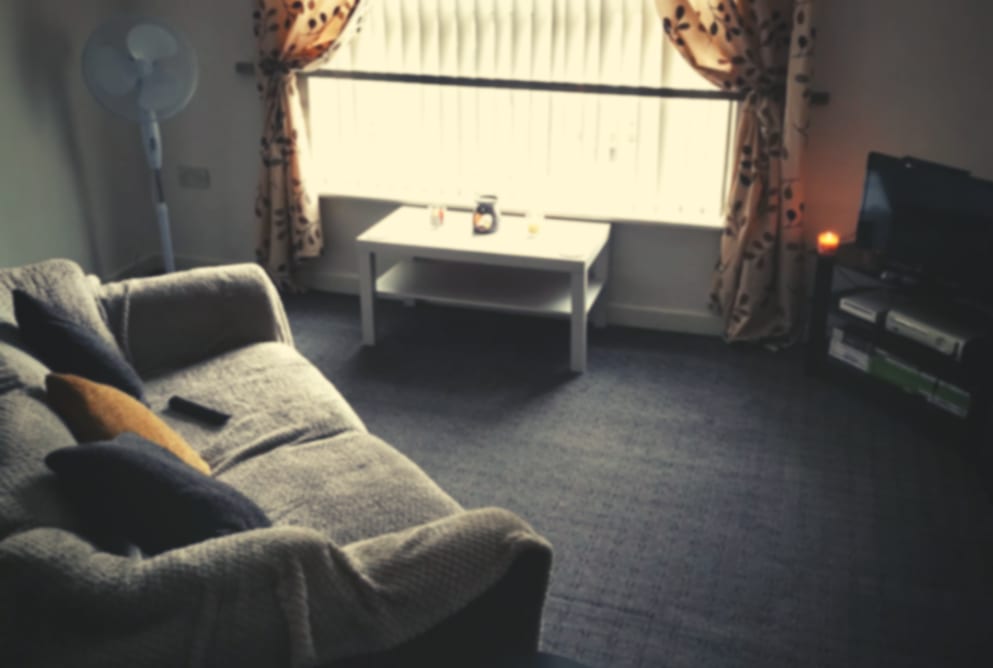 When Travis (not his real name) came out of prison his mindset had completely changed. He had been given a lengthy sentence but had spent his time working on himself, receiving counselling and learning to understand the way he is. He even became a mentor to other prisoners.

On leaving prison he began sleeping rough, but he found our number and called us. We met him on the streets and helped him access some temporary accommodation in a B&B. We then began working with Travis, whose goal was to have his own place. We looked at housing options with him and he found a place he wanted to rent.

With the support of the Bradford Homeless Outreach Partnership, who paid for Travis’s bond and first month’s rent, as well as some furniture pieces, Travis moved into his own flat. We also applied for some funding to get Travis a freezer and a washing machine, as well as assisting him in setting up his bills and doing budgeting plans.

Travis’s flat is now furnished. He is happy and has been applying for jobs. He has got a provisional offer to start work once lockdown restrictions are eased.

However, living independently for the first time in a very long time is taunting. Travis feels the stresses of budgeting his own money and managing his own place. We have been working with him to help him understand his bills and rent.

Travis is very resilient but needs reassurance and to understand where he can go for help. Travis is nervous but hopeful for the future.