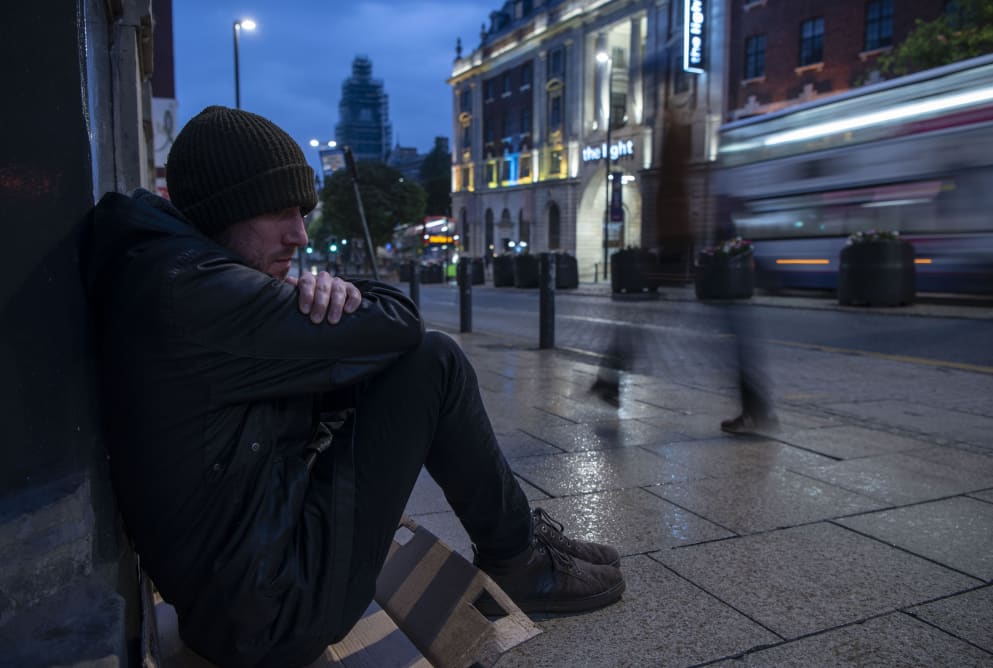 When Ben (real name not used) came to the UK from Romania for work he had nowhere to stay. Ben ended up sleeping on the streets. During his time rough sleeping Ben found out his brother had passed away.

Thousands of miles away from his family sleeping on the streets and feeling like a failure, Ben started drinking as a way of coping.

Ben was working in exploitative conditions, doing a full day’s work for just £15. Whilst on outreach, we came across Ben sleeping rough.

Since then, we have been supporting Ben. Ben now has ID, a national insurance number, and settled status to remain in the UK. Ben is no longer sleeping on the streets, but he is still struggling with his alcohol dependency. Ben is keen to detox and we have supported him to access the local drug and alcohol services to get the help he requires.

We continue to support Ben, who hopes to soon begin his detox.