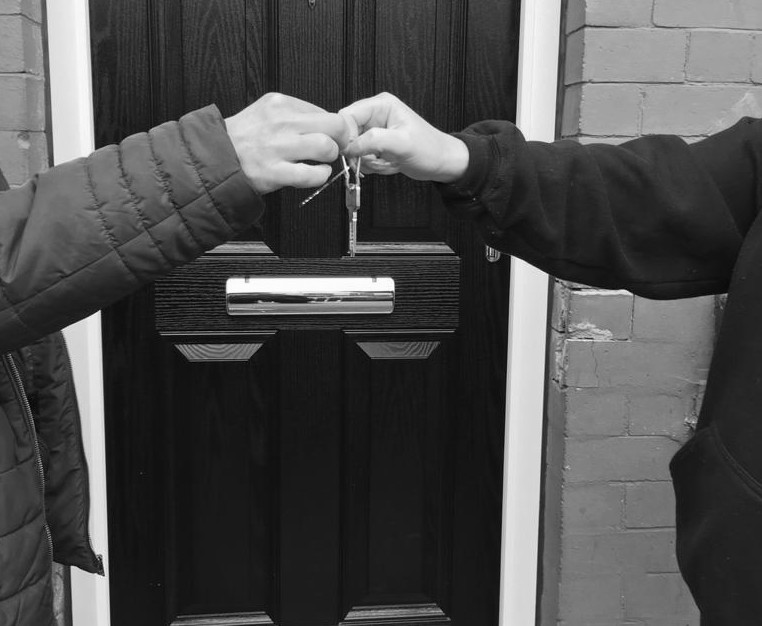 Our EU supported accommodation project began in October 2019 and we even opened up another house in July this year. So far we have been able to accommodate 8 people who were rough sleeping and had no recourse to public funds in our two houses.

Our first meeting with Erik

One of them is Erik (real name not used). Erik is Polish. We first met Erik on outreach during winter. He was sleeping in a tent. It was snowing and the tent wasn’t waterproof. He was cold, wet and unwell.

He had no passport or identification as it had been stolen. He spoke very little English and communication was difficult. We initially used a translation service on the phone to gather basic information and build up a trusting relationship.

One of the first things we attempted to do was to obtain safe accommodation for him. Unfortunately, as Erik was classed as having “no recourse to public funds” he could not access emergency accommodation. He had nowhere to stay and was completely destitute.

Having the EU house meant we were able to step in. Erik was given safe accommodation at no cost. We provided food, gas and electricity, and he was given a small weekly financial allowance. We also provided clothing, a phone and regular credit.

No money for vital medication

Erik was poorly, so we supported him to register with a doctor. Once his medical history was obtained it became evident that he had recently suffered with several serious physical health problems. But as he had no recourse to public funds he hadn’t been able to afford his medication and had stopped taking them some time ago. We supported Erik so he could begin taking them again.

We attended the Embassy in Manchester with Erik so he could obtain a new passport. Once this arrived, he was able to open a bank account, request a copy of his lost National Insurance Number and apply for Settled Status.

During his time in the EU house, we found out that Erik had been in the UK nearly 20 years and had been in employment for much of this time. Some work was exploitative, but some was legal employment. As he had worked for so many years, Erik was eligible for housing support from the start. He should never have been left in such a destitute and vulnerable position.

It took nearly 9 months for Erik’s Settled Status application to come back with a positive result, but when it did, he cried tears of joy. It meant that he was able to apply for housing support. He has now moved into his own home and is learning English. He visits the hospital regularly and his health has improved a lot. We still visit once a week to offer emotional support, but Erik is now fully independent and manages his life alone in the way he chooses.

Thank you for your support

Having the EU house gives people a safe space to call their own. It makes engagement easier and more productive. Without your support, we would never have been able to provide hope to Erik and help him turn his life around.