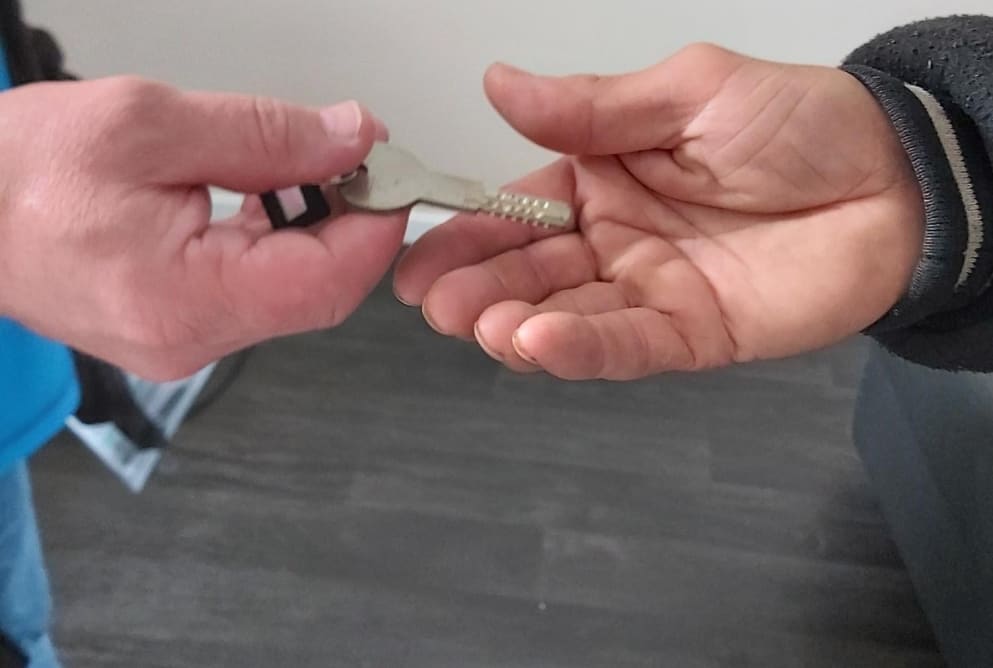 We were excited to see Ken (real name not used) move into his new home last week.

We’ve been supporting Ken for a while. For several months now he has been living in temporary accommodation. It was understandably a struggle. Ken had little space of his own and felt unsettled, not being able to call anywhere his home. Ken’s goal has been to move into a home of his own. To cook for himself and not live off microwave food.

Ken has been counting down they days to his move and was excited for the next chapter of his life in his new home. The house is provided by Latch and together we are working in partnership to support people living independently.

Ken has met many barriers; he has no recourse to public funds, poor physical health and his only family live abroad. But he has built himself a life in Leeds and made local connections and friends in his community.

We will continue to support Ken as he looks to gain full settled status in the coming months.