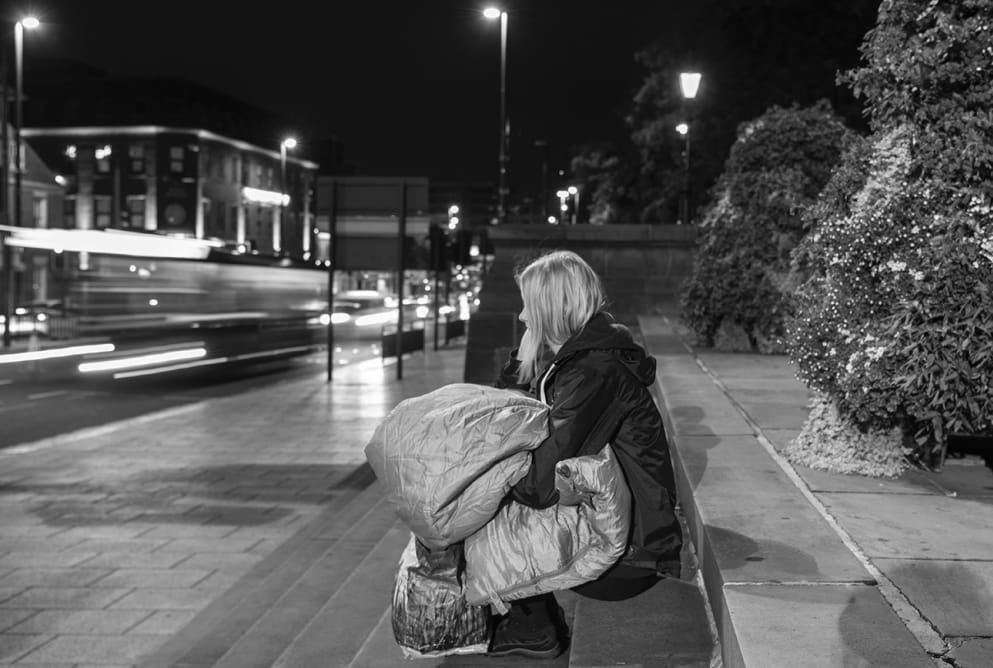 When we met Maggie (real name not used) she was sat on the street. It was raining and she was crying. She had her young child with her. She informed us that she was homeless and had nowhere to go. We went to a nearby café where they could dry off and have a warm drink.

We tried to gather as much info as possible to find a solution. Maggie told us that she had had a private rented property but that it was uninhabitable. She showed us pictures of bad damp throughout the house. She informed us that the house was freezing, the heating did not work, and that both her and her child were coughing and wheezing as a result. She no longer had the keys as she had given them back to the landlord - she was rightly adamant that she could not go back.

Maggie had tried to access housing support but was not considered to be in priority need.

She rang a friend who luckily agreed to let her stay for the night. Her friend had two children of her own. Maggie would be sleeping with her child in the living room, but it was better than complete destitution.

We were able to arrange an appointment to appeal the housing decision the next day. We attended the appointment with Maggie. She was extremely distressed at the thought of returning to the property. She was asked to return but refused as it was not fit to live in and she no longer had the keys anyway. As a result, she was labelled intentionally homeless.

Appeals were made; however, this is a time-consuming process with no immediate answer. Maggie remained sofa surfing in her friend’s living room, with her child.

The realities of sofa-surfing

She told us she found sofa-surfing humiliating and depressing. She felt like a burden who was failing her child. She spoke of the difficulties of sleeping on the sofa and living room floor. She was constantly tired and had back pain. She was grateful to her friend and overwhelmed at her hospitality but was also constantly on edge thinking she may be asked to leave with nowhere to go.

Moving to a new city

We liaised with doctors, mental health support teams and social services to get Maggie the support she needed. Eventually Maggie was able to find her own private rented accommodation. It was in a different city, but it was warm, clean, affordable and safe. She has been forced to relocate, set up a new support network and make new friends. It has been a difficult path which Maggie should never have had to take.