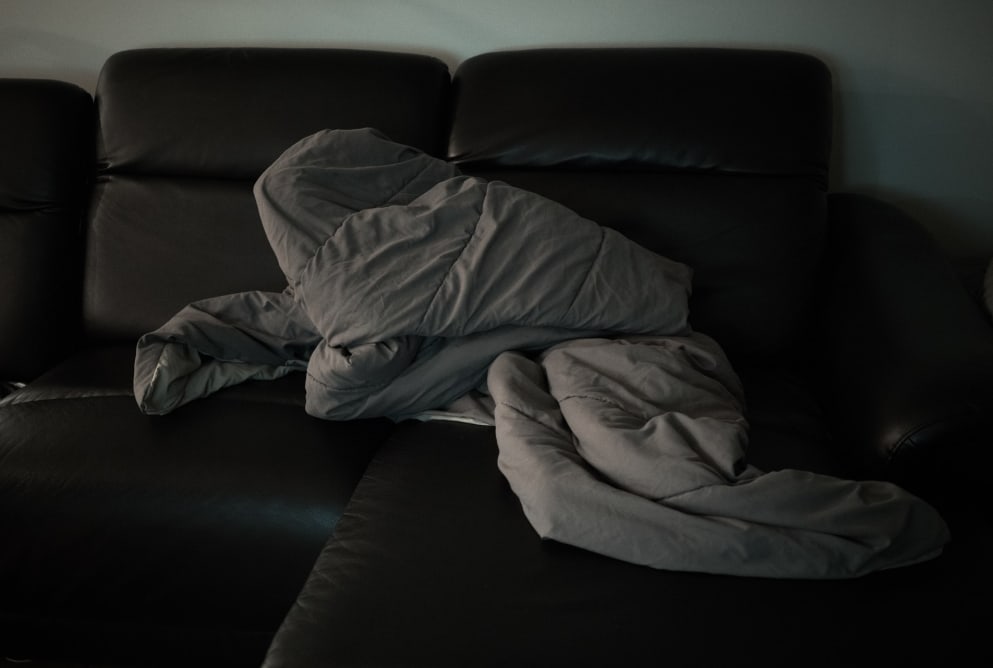 The people we support often suffer with trauma and may turn to alcohol or drugs to mask the pain.

Facing this pain is exceptionally hard and difficult. Our role is be there when they need us and support them the best we can on their terms. We can show empathy, listen and support them.

This happened recently with a client called Owen. Here, one of our outreach worker’s talks about a time she was there for Owen as he facing a difficult time:

“I received a call from Owen (real name not used), who I’ve been working with for many years. He was upset, sobbing and showing his raw emotions in a way I’d never seen him before.

I first met Owen when he was sleeping on the streets. Since then he has gone through periods of being in accommodation, being kicked out and being back on the streets, before going through the cycle again.

Owen has drug and alcohol dependencies. He also has mental ill health. He has previously said he does not want to seek help and support for this. Owen has been evicted over the years for what is termed his “chaotic behaviour” and “non-engagement”.

But Owen was currently staying in supported accommodation and had stopped using alcohol and drugs.

Owen had rung me to tell me that he’d been drinking all weekend and was about to be evicted. I arranged to come over to talk to him, along with his drug and alcohol worker.

Shaking and sobbing, Owen began to tell us that he had been having flashbacks from his past. We sat with him and listened as he told us his story, his fears and his turbulent past that had been upsetting him.

We talked to Owen about his options and support available to him. We asked him what he would like to do. Owen said he would like to get support for his alcohol dependencies and for his mental health. We arranged a meeting with a specialist service for alcohol use. We also booked him in with his GP so that he could discuss support for his mental health and hopefully receive counselling.

Letting his guard down

We then spoke to the accommodation provider to try and stop the eviction. They kindly agreed to give Owen another chance to engage with them again.

That night I got a text from Owen:

Owen rarely lets his guard down; to receive this text was so lovely.

Unfortunately, we can’t always stop a crisis from happening. But we can always be there to support and listen to them”.

We continue to support Owen through his journey.