A daily struggle for dignity. A case study 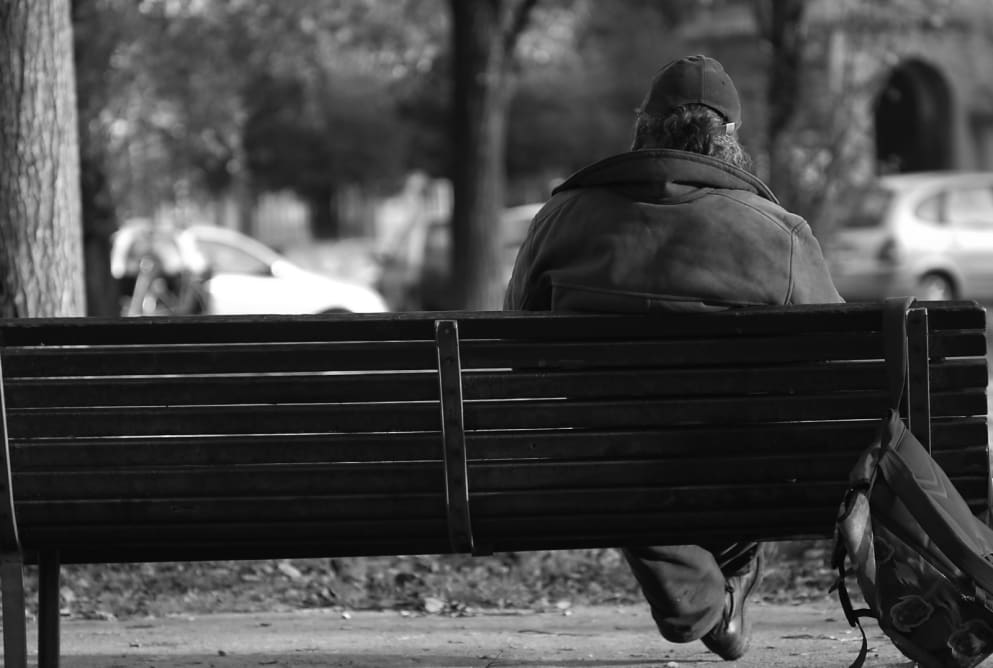 When it comes to supporting those facing homelessness, the work of our outreach team is invaluable.

Whether providing hot drinks and gloves on a cold night or helping with appointments and employment prospects, Team Simon's outreach workers are out there daily, working hard to protect the most valuable people in our society.

We want to share one of our outreach case studies for this week's blog.

Luke is originally from eastern Europe. When he came to the UK, he suffered several setbacks, including losing his passport and other important identification documents, his wallet and his bag of possessions after leaving them in a public toilet (they were never returned to him). Shortly after, he crashed his car, losing that too.

Having recently lost his job, Luke was made homeless after being evicted from his property. He used his month's notice to try and find a place to live, but despite his efforts, he wasn't successful. He used the insurance money he received due to his car accident to pay for bed and breakfast, but it wasn't enough, and he still ended up in debt.

In the end, Luke walked around a park, clutching as many of his belongings as he could carry. It was rough. When Luke talks about this period of his life, he describes it as a real low point for him. He describes sitting on a bench, getting soaked by the rain, watching his curtains (stuffed in a plastic bag) gradually getting soaked and ruined as the rain continued to fall. Experiencing homelessness is a lonely place to be.

Simon on the Streets heard about Luke's situation and that he was struggling to get his application for accommodation moving. There were other services also involved, meaning that Luke had a lot of things to keep up with. The situation was further complicated because before being made homeless, Luke was diagnosed with a life-altering and incurable neurological condition.

He needed some support to take back control of his life and make the choices that were right for him. We were here to help.

I went to visit Luke in his flat recently. Whilst he currently has a roof over his head, he'd been without central heating for over a month, meaning that he'd had to endure living without warmth throughout the coldest month of the year so far. Luke had also had the added pressure of self-isolating in a cold flat due to Covid-19.

The plan was for us to chat about what we could do to help, given that this is an entirely unacceptable situation by anybody's standards. As it turned out, the day I visited Luke, the radiators had come back on, which was a stroke of luck he badly needed.

It struck me that it must be very difficult to cope when your world is rapidly shrinking around you. Luke is no longer able to play sports and no longer has his bike. His fitness levels have declined, and he's unable to live life at the same pace due to his cognitive impairment. As we sit in the flat, which is warming up now, I'm in awe of Luke's perseverance and commitment.

A few days later, I returned to visit Luke again. There are problems with his medication, and he needs more blood tests. I go with him for support. This is the fifth lot of blood tests he's had in the past two months.

When we get back to the flat, our conversation turns to the conflict in Ukraine. Luke is acutely aware of the impending refugee crisis as thousands of people begin to flee and enter his home country. Luke tells me that he will fly back there this week to see his family. He opens up a suitcase that he's already packed and shows me the contents. It's full of soft toys for children. He's been buying them from charity shops and intends to take them to give out at the refugee camps. He wants to see how he can help.

It seems that Luke isn't wholly focused on his own problems right now, even though he hasn't been medicated for the last three months, and he knows that something is wrong with his liver. He's aware that he's at risk of his physical symptoms worsening, but this trip is worth the risk to him. I sense that his own problems aren't the most important thing to him. He feels strongly about something that matters, and like all of us, he wants to make a difference.

I wish him the best with his trip and tell him that I'll see him when he gets back.

You can find out more about the work of our outreach team by visiting our website, and if you'd like to support the work we do, please get in touch.

*Names have been changed.