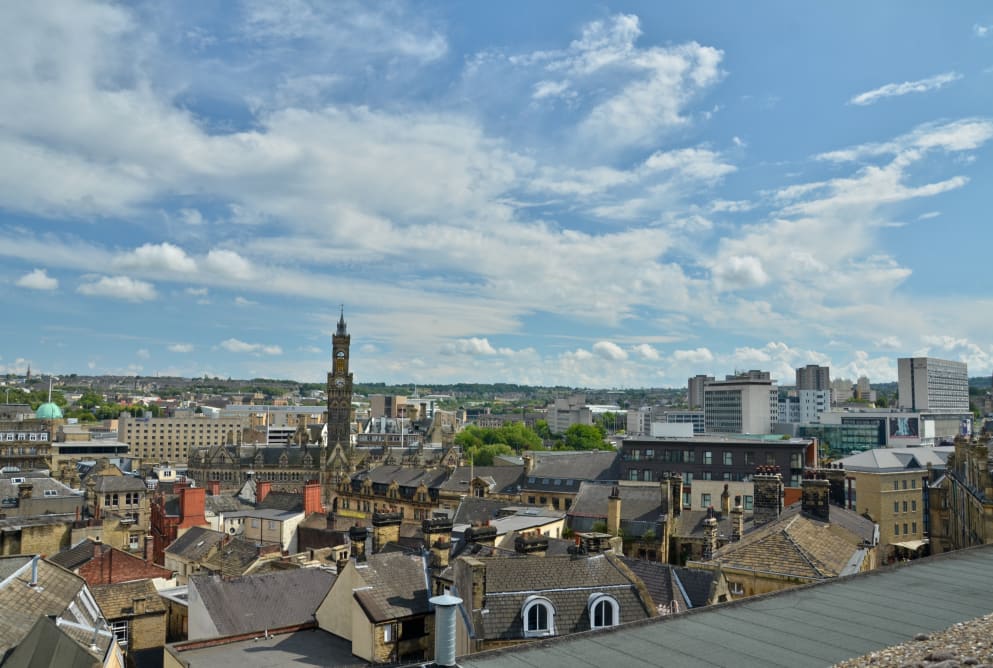 We headed out at 8am to meet an individual who had been rough sleeping. We were hoping to get them housed. As we waited for accommodation services to answer we chatted to them about their situation. They told us that personal hygiene was a real concern to them. We offered them a selection of toiletries, as well as organising a food parcel and providing the individual with a phone.

Two and a half hours later we sent the individual headed to their new accommodation. They hope this can be a clean slate and they feel empowered by having a place to stay to be able to make some new lifestyle changes.

Success for a former client

Next we dropped off a donation of bedding at Bridge-It Housing. Whilst we were there, they informed us that an individual we'd supported was moving out of Bradford the next day. We had worked with the individual after we found them rough sleeping and we'd managed to get them housed and onto a prescription for methadone. The individual was moving to a new area for a fresh start and was hopeful about the future. We rang them up to congratulate them on the move. They were full of emotion and couldn’t believe how far they’d come since our first engagement with them.

We headed back out on foot into Bradford city centre. Here we found an individual who we had very recently helped into emergency accommodation. Consequently, they had managed to get more permanent housing.

Unfortunately, they were suffering from severe back pain which had arisen since we last saw them They were now struggling to walk. We took them for a coffee and a cake where they could sit down on a proper seat.

While we were sat down another individual approached us and informed us he was rough sleeping. One of us stayed with the individual while the other spoke with the gentleman who was rough sleeping. We advised him that his housing situation was complex due to his prior evictions but we would work with him to find him suitable accommodation. We swapped numbers and arranged to have a proper catch the next day.

As the individual with the back pain drank their coffee, it became clear that they were in distress about their situation. We listened to them speak about what was troubling them and discussed some actions we could take. We linked them in with their drug and alcohol worker to ensure that they were being provided with the right support and had their appointments all set up. We also, crucially, ensured that they could be seen by the Doctor for an assessment. They felt some solace knowing that their medical needs would be seen to. After finishing their coffee, we walked them to the chemist to pick up their methadone prescription and said our goodbyes.

At the end of the day I reflected on all the different individuals we had come across, how hopeful they were for their futures, despite how unknown the world of tomorrow may be.