Get to know co-production 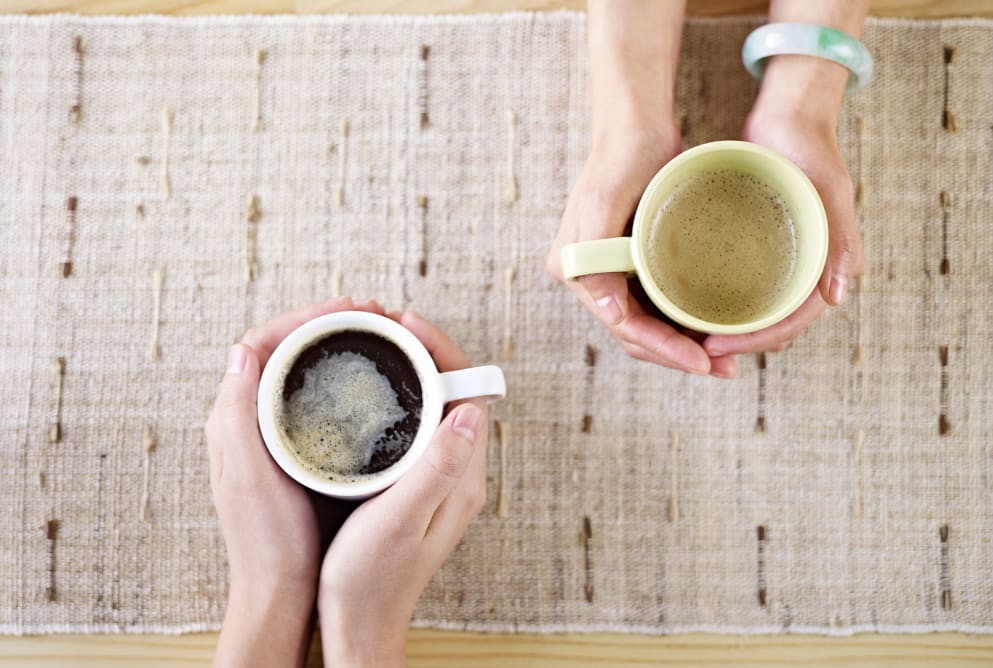 It isn’t unusual to get asked the same questions about co-production. That’s why I came up with the idea of a co-production social media takeover day – to answer all your questions on one day, in one place.

Put simply, co-production is the involvement of service users in the design and delivery of services. It’s an empowering process, when done correctly.

We're using our social media takeover day to share our understanding of co-production and how we’re putting it into practice at Simon on the Streets. We'll also explain how co-production benefits both service users and the services. We hope you’ll join us.

On Wednesday 23rd June 2021, we’ll be using all our social media channels to talk about the who, what, where and why of co-production. We’ll have conversations with people with lived experience who have been involved in co-production in the third sector. We’re vlogging with our CEO, Natalie Moran to answer all your questions. And, at the end of the day, we’ll be hosting a tweet chat to ask you about your thoughts and ideas. We’ll have some great conversations.

Why we need to get co-production right.

To start off our discussions, I'm sharing Grace's experience of co-production. Grace is the Street and Homeless Sex Worker Lead at National Ugly Mugs. Her experience shows why, when it comes to co-production, it's so important to get it right. Co-production needs to be authentic. Let’s hear from Grace:

My experience of co-production

“I love the concept of co-production; the idea that you work with service users to improve the service for mutual benefit. When it's done correctly, it is an incredibly empowering process for everyone involved. So, when I was chosen to be part of a group that would feed into the service I was using, I was really keen and eager. However, the concept quickly fell apart and I felt like a tick-box exercise - as though I was part of a funding bid and they could say 'oh look, we do involve our service users'. There was no meaningful involvement, and it certainly created no change.

We need more than best intentions.

Perhaps I was a bit naïve on my part as I knew nothing about co-production, and I didn’t ask questions to understand it. I just wanted to make things better for other people. However, as I became a practitioner myself, I realised that services have the best intentions but do it poorly. I found they were getting their golden service user to talk to newspapers about how the service saved their life. Sex workers were being told to speak about profound trauma to commissioners, donors and, at times, at ideologically driven conferences.

Let’s move away from exploiting a person’s trauma.

This isn't empowerment, this is exploitation - you're using someone's experiences for you own gain. Do you know how difficult it is to stand in front of strangers and talk about perhaps the lowest or even most shameful part of your life? I challenge any professional to stand in a room of strangers and re-tell a life event that triggers them or share what they are so ashamed about publicly. We wouldn't expect it of them, but they expect it of us.

Once you have publicly outed yourself as a sex worker, former addict or as having a criminal record, it is very hard to then find further employment. I know many people only agree to be 'rolled out' because they feel indebted to the service, and if they say no then they're being ungrateful or betraying them.

Invite everyone to the table, not just the chosen few.

I look back at the panel I was asked to be part of as a service user and I realised we were all the golden girls - no longer street sex working, homeless or drug injecting. This is why we should include living experience, because those in the thick of it will need the service more than me, and should meet their needs, not mine. How do we do that when they're not sitting around the table with us? Each of our experiences are unique, and we shouldn't keep picking the same service users to get involved.

I still want to improve the services I'm in, but how do we do it, what are the challenges and how do we overcome them?”

Join us on 23rd June to discuss co-production. Make sure you follow us on social media and use the hashtag #GetoknowCoPro to follow and take part in all the discussions throughout the day.