Guest Blog: Bringing a permanent end to the evictions of failed asylum seekers is necessary 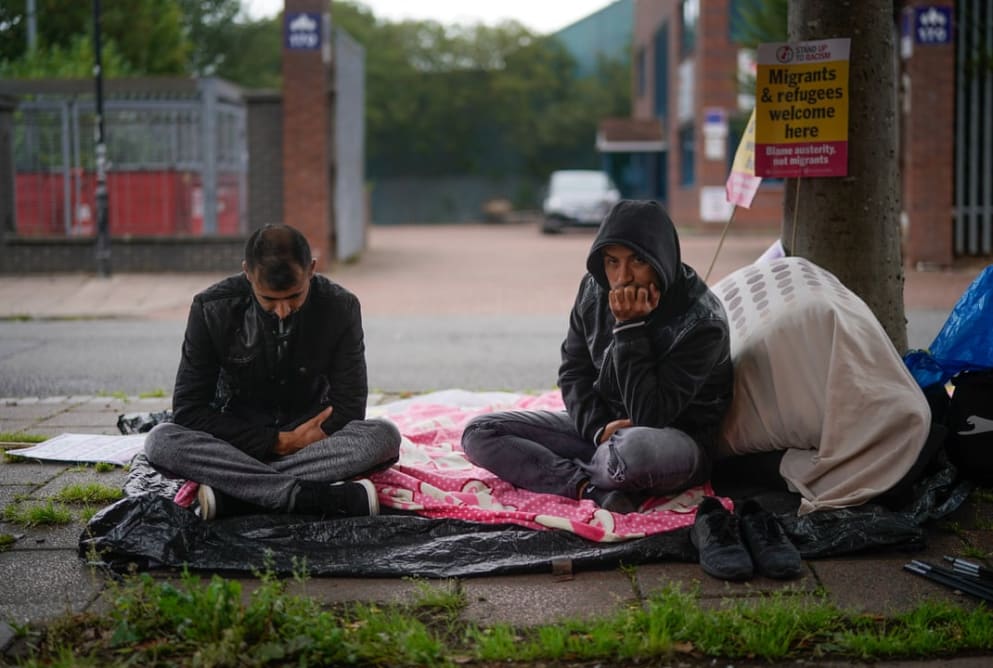 We are delighted to have Holly Barrow, a political correspondent from the Immigration Advice Service, write this guest blog for our website. This is a topic close to our hearts as we witness this first-hand with the clients we support.

Bringing a permanent end to the evictions of failed asylum seekers is necessary: Covid-19 must not act as a temporary buffer

With life in the UK beginning to change drastically in March as the Coronavirus pandemic hit, charities, MPs and campaigners urged the government to protect the most vulnerable, including refused asylum seekers who may typically face eviction. After a nationwide campaign, the government finally announced in April that it would suspend all evictions of those in either private or social accommodation, with the Home Office confirming that this includes asylum seekers whose claims are refused. It went on to move several asylum seekers into hotels as a form of temporary accommodation in an apparent attempt to prevent the spread of the virus across communal asylum accommodation.

While the announced suspension of evictions was welcomed, many recognised that this temporary measure would serve only as a buffer in what would become a long-term public health crisis.

Prior to the pandemic - despite the Home Office having a statutory obligation to offer assistance to asylum seekers who are at risk of destitution - many would find themselves plunged into poverty and homelessness as a result of government delays in providing financial assistance, wrongful refusals of support, or failed asylum claims.

Despite destitute asylum seekers being entitled to Section 95 support (housing plus £37.75 per week) and refused destitute asylum seekers being entitled to Section 4 support (accommodation plus £35.39 per week), it became the norm for these vulnerable individuals to rely on the generosity of third sector groups, with the government historically doing little to prevent them from homelessness. On the contrary, the government would often evict refused asylum seekers from temporary accommodation, despite them having made clear that they were destitute or unable to return to their country of origin.

A 2017 report by Refugee Action found that a significant proportion of asylum seekers are wrongly denied assistance from the government, or are made to wait an unreasonably lengthy amount of time before receiving financial support. This sees them left to fend for themselves and often given no option but to live on the streets since they are banned from working. The organisation’s report revealed that it works daily with asylum seekers who have not eaten properly for weeks.

While the government’s failure to provide support was often cushioned by the work of migrant charities and organisations, the pandemic has served a damning blow to the third sector. As a result of Covid-19, much of this provision has been forced to cease.

Despite being aware of this, the government recently revealed that it would be resuming the evictions of failed asylum seekers, providing them with just 21 days to leave the UK before ending all financial support, assistance and accommodation. To make matters worse, this comes at a time when the UK is on the brink of a second national lockdown, with many regions across the UK currently under Tier 3 ‘high alert’ lockdown measures due to rapidly rising Covid-19 cases.

Even in typical circumstances, delays or wrongful refusals of support to those who are entitled can prove fatal. In fact, those who do receive government assistance - whether Section 95 support or Section 4 support - find themselves struggling to survive on a maximum of just £37.75 per week.

To re-expose those seeking asylum to this vicious, inept system now - in the midst of a global pandemic - shows a complete disregard for human life. With local authorities and charities already suffering significant underfunding, the resumption of evictions is set to have harrowing consequences.

NACCOM - a network of organisations dedicated to preventing destitution among asylum seekers - has urged the government to U-turn on its decision to resume evictions. In a statement published on 24th September, NACCOM highlighted that its members had accommodated 1,270 people who had been refused asylum last year alone. This capacity has been severely hindered throughout the pandemic, providing real cause for concern as to how these individuals will be supported should the government proceed with lifting its eviction ban.

With regards to local authorities, NACCOM noted that they similarly will be unable to provide emergency accommodation and assistance to those with No Recourse to Public Funds (NRPF) unless the government provides the funding to do so, writing: “There was never enough capacity to meet the need before the pandemic – now the safety net is hanging by a thread. Against such a backdrop, it is profoundly unreasonable to think that the voluntary sector and Local Authorities could meet people’s needs and fix the problems that the Home Office has created with their decision to press ahead with evictions.”

At a time of such uncertainty and crisis, the government ought to be doing all it can to protect the public - this includes the most vulnerable in our society. With the pandemic having already had a disproportionate impact on those of a BAME (Black, Asian and minority ethnic) background - including those from refugee communities - the government’s willingness to place asylum seekers at such risk shows grave negligence.

Perhaps most jarring is the realisation that the Home Office is aware of just how many are struggling throughout the pandemic as it is - even with these temporary buffers in place. Its own recent statistics revealed that the number of migrants who have applied for destitution funds has increased by 572%. How, then, can it now propose to resume evictions and end assistance?

The Coronavirus pandemic should not be treated as a minor disturbance to the UK’s vicious asylum system. Instead, it should provide further evidence as to why this system must be reformed, both during the pandemic and beyond. Instead of desiring a return to the inhumane treatment of asylum seekers - leaving third sector groups to pick up the pieces - the government must act on its legal duty to provide robust protections to those who are entitled to support, instead of attempting to find any means necessary to forgo responsibility.

Holly Barrow is a political correspondent for the Immigration Advice Service; an immigration law firm which provides free legal advice to asylum seekers and assists with all UK visa applications.