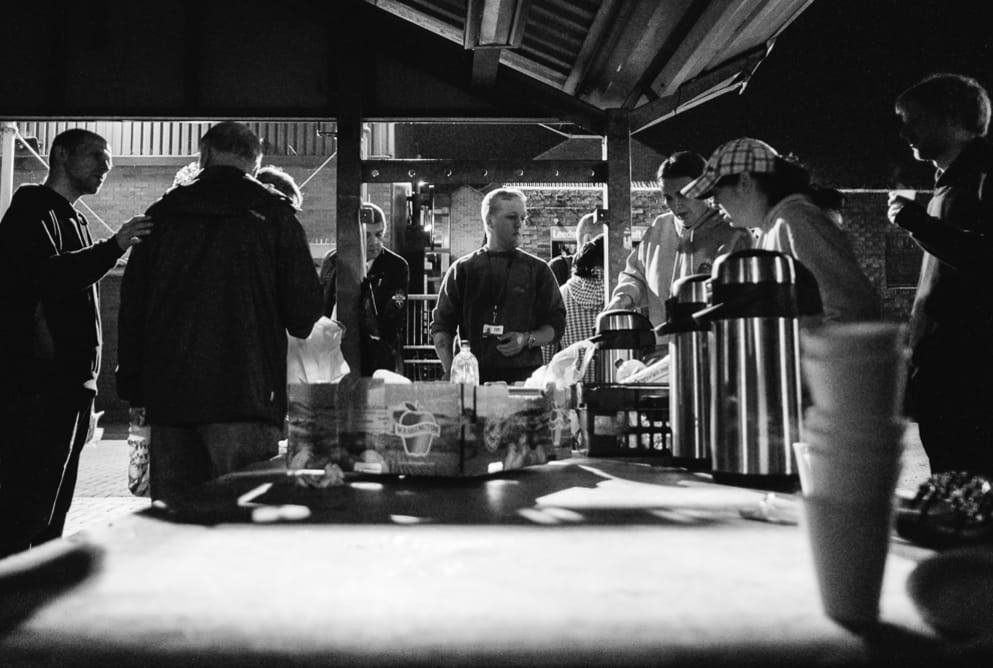 This short piece, written by one of our support workers, highlights the compassion and the skill they have for reaching out and offering empathy and support to those who need it most.

‘Most of the time we struggle through our lives taking the rough with the smooth and with the help of friends and family manage to stay in the race. We know the bad days will pass and the good times will return. Or will they? What if life deals us a knockout blow and there was no one to pick us up? Would anyone notice? Or care?

I was on my way to meet one of my clients when I noticed R sat on a wall. I could see clearly he was in a great deal of distress. He seemed defeated, dejected and was obviously crying. I had only met R once before and so I approached tentatively to ask what the matter was and if I could be of any help.

Through his tears R managed to tell me that he felt really down and was sick of society and of being ignored. He said, “I have been stuck here on this wall and I feel like I’m slowly blending into it because everyone just walks past me and ignores me. I feel totally left out and forgotten.” He was so low he thought life would be better for him if he was back in prison…at least there he wouldn’t be lonely, he would be part of something and would have companionship. In the meantime all he could do was to sit there and weep.

What could I do? I sat on the wall and let him share his story and his sadness with me – I had no immediate answers but instead I listened and listened and listened. As R told me a little of his life story it became clear he had never come to terms with some profound losses in his life and now felt abandoned by society and overwhelmed by his grief. I automatically reached out to hold his hand and with that small act of human kindness R completely broke down. His crying became deep wracking sobs which caused his body to shake. He squeezed my hand and tried to contain the continual waves of powerful emotions sweeping over him. For several minutes R was lost in a deeply painful and personal struggle and held on tight to my hand.

With time R’s emotions were finally spent and he was able to recover his composure and then came an air of stillness and calm. He thanked me for sitting there and listening to him but mostly for caring. He got up from the wall, gave me a hug and, with a smile on his face, he said “ Thank you, I no longer feel part of that stupid wall, you have given me a lifeline and it means so much to me.” With less than half an hour of my time spent listening, and the power of touch we had made a connection and as a result he had been given back his sense of individuality and humanity.

So the difference between a bad day and a good day are those little acts of human kindness shared between us all. However these little expressions of concern or interest are too important to forget. They are the foundations of a caring society and benefit us all. We don’t have to manage all by ourselves. Instead we can rely on others with the knowledge that they in turn can rely on us.

I hope to see R again soon and perhaps have a coffee and chat. After all, reaching out to those in need and spending a little of your time is all it takes and it can make a big difference.’