The average life span of the homeless - why the risk is high. 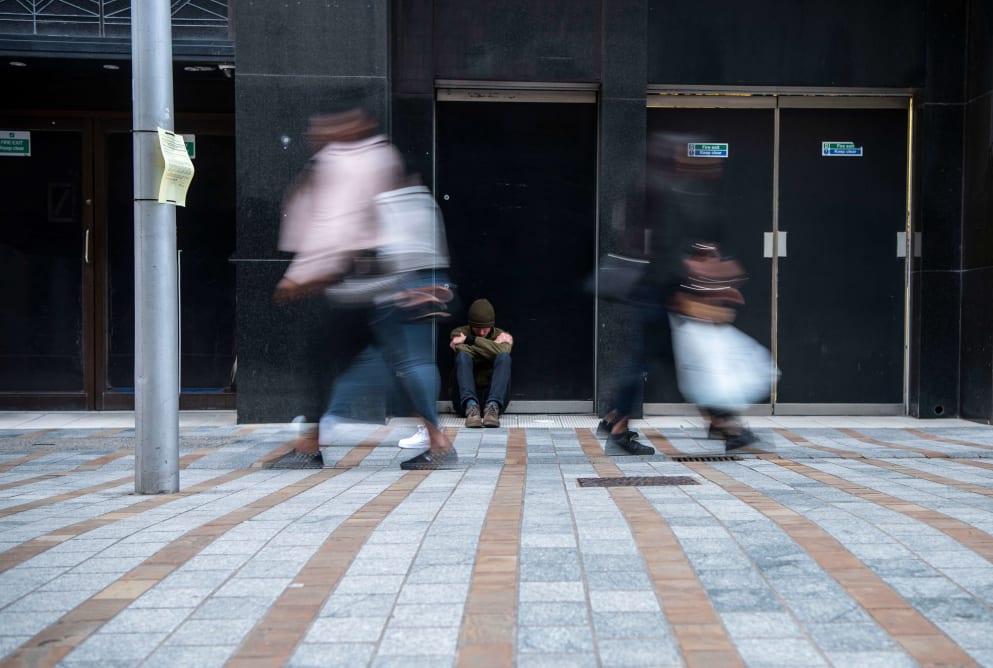 Homelessness is physically and mentally difficult. It significantly impacts a person’s health and wellbeing. It leads to premature mortality. Put simply, homelessness kills.

This leads us to the question, why is the risk of death so high for those who are homeless? In this blog post, we’ll explain the main reasons why those experiencing homelessness have a far lower life expectancy than the national average. We’ll look at the difficulties homeless people face and why access to support is so difficult. And, we’ll end with how you can support people sleeping rough today.

Why is the risk is high?

We know that homelessness kills, but what factors have the biggest impact? We’ll look in more detail at issues around mental and physical health, drug misuse and access to healthcare.

Homelessness has a huge impact on a person’s physical health. Sleeping rough makes it difficult to get good quality sleep, maintain an adequate and healthy diet, stay clean, and take medical treatment.

It’s unfortunately not surprising that researchers at University College London (UCL) discovered at least one third of homeless people die from readily treatable conditions. That means hundreds of homeless deaths could potentially have been prevented.

Homelessness is stressful, dangerous, and traumatic. There’s no safe and secure place to call your own. This has a huge impact on a person’s feelings of wellbeing. Homelessness can trigger a mental illness and worsen existing conditions. Sadly, eight out of ten people experiencing homelessness in the UK suffer from mental ill health.

Homelessness is also isolating. The sheer scale of loneliness felt by those on the streets can make them feel cut off from the rest of society. Heartbreakingly, people experiencing homelessness are nine times more likely to die of suicide than the general population.

289 homeless deaths in 2019 were related to drug poisoning according to the Office of National Statistics. That’s 37% of all estimated deaths among the homeless, making it the biggest killer of people sleeping rough.

Six in ten people sleeping rough suffer from a drug or alcohol problem. But, the government has cut funding for drug and alcohol services by more than a quarter since 2015. St Mungo’s believe that thousands of homeless people miss out on vital drug and alcohol treatment that could prevent deaths.

Maintaining consistent treatment is also challenging. Not only do you have to remember to attend appointments, which is difficult when you’re homeless and have no way to keep a track of dates and times, but you also need access to transport to attend appointments. All too often, the pressure is too much, and people drop out of treatment.

Imagine living on the streets. Your priorities differ from someone with a home. You need to find food and shelter. Anything that isn’t a priority is disregarded, as you’re in survival mode. You ignore any symptoms and are less likely to seek healthcare. Unfortunately, it’s often not until you’re critically ill that you think about accessing healthcare.

Many homeless people feel uncomfortable in hospital environments due to the stigma attached to homelessness. Prejudice from staff or other patients can lead to self-discharge. If they’re no longer ill enough to occupy a hospital bed, they’re discharged and return back to the streets. With no shelter, no support network and no close friends or family to rely on, the odds are stacked against them to make a full recovery.

It’s heart-breaking to think that so many people, in the final moments of their life, didn’t have a safe home of their own. 976 homeless deaths is unacceptable. For many, access to healthcare, drug and alcohol support and mental health treatment could have made a difference.

It’s why our work  with people experiencing homelessness focuses on support to access services, attend appointments and receive treatment. We pair this with emotional support, ensuring people who are homeless have someone they can rely on for unconditional help.

You can support homeless people who are at risk today. Your donations allow us to change the lives of those who are homeless in West Yorkshire. Donate today using Just Giving.