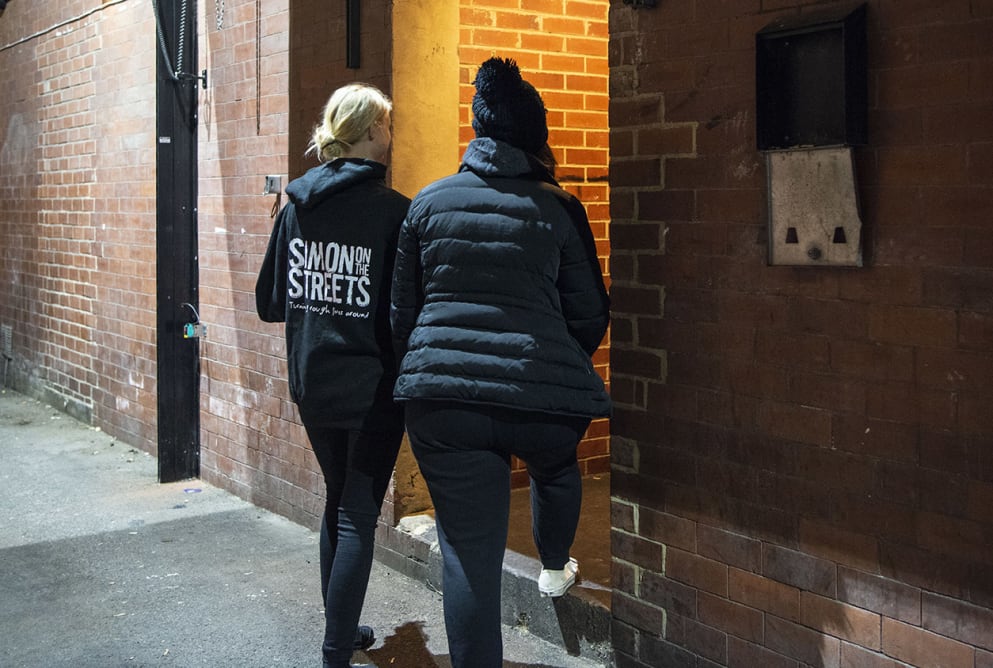 As I continue to find my feet while working with Simon On The Streets,  the road ahead is getting clearer every day. In this blog, I’m looking at the potential pitfalls we might come across when making co-production a part of everything that we do.

Service user involvement is a big deal. And embedding it into a workplace culture takes drive, determination and a passion for change.

First things first; a disclaimer. The things I’m talking about here are genuine experiences that I’ve had. I’m not suggesting that this is the same for everybody, but my experience is just that, my experience.

But we’ve always done it that way...

By far the biggest barrier to overcome is the fact that when you try to change the status quo, the response is often, “we’ve always done it that way”. Well I’m turning that into “let’s give it a try and see what happens!”

One thing I do know, is that there’s more danger in doing the same thing over and over again for no discernible benefit. Just because it worked once, doesn’t mean it will again. And even if it does, that shouldn’t stop you trying new ways of working.

If you’re going to do co-production, do it right

Time and time again, I’ve seen client’s and service users rolled out into a room full of people so that they can tell them the harrowing story of what life was like on the streets. Everyone feels good for listening, they’re sad about the situation. They think they’ve played their part. In reality, nothing’s really been achieved.

Lauding this as service user involvement is at worst not taking the issue seriously, and at best, misguided. Things need to change. We need to realise that it isn’t the job of service users to validate an organisation's existence.

So what are you going to do about it?

The question I often ask, is what’s the use of service users telling their story? Who benefits? And what happens once the room has cleared? What support is in place to  ensure the person telling their story is not left feeling vulnerable?

This isn’t a token gesture.

Barriers aren’t always visible. In fact, the most dangerous barriers are the ones you can’t see. A core principle of co-production is acknowledging the power dynamic, and working to change the problems it presents.

Hierarchies exist. And that’s OK, as long as they’re not used to belittle and demean. To enable co-production, you’ve got to come at it from an asset and strength based kind of angle. you’re not going to get anywhere if you label people by the things they get wrong.

If you’re involving service users, don’t go out of your way to make sure they know you’re the boss. Just be human.

Decisions should be shared

There’s no point engaging in co-production if you’re not willing to allow service users to influence decisions. There’s no place for micro-management here. That’s because co-production intrinsically involves empowerment.

When it comes to helping the homeless, professionals in that sector are making decisions for the people living it every day. Probably because ‘we’ve always done it that way’. Think about how often you’ve heard, or said, ‘they’re not ready for that’ or ‘they can’t do that’. That kind of language can claim ownership over the life of a service user, whether that’s the intention or not.

My own personal journey with various services changed when both my housing worker and a volunteer coordinator said,“you'd be good at that” and “you’re skilled enough for that”. I felt like I was being enabled to make my own decisions.

Sometimes, we’re guilty of trying to solve problems that just aren’t there, because this is a sector that’s programmed to solve problems without the right people being involved. We’re excluding people because we’ve made the assumption that this is something they can’t do. But how do we know? We don’t.

Once you start to challenge this, things change for the better. I know, I’ve seen it - I’m living it right now. I’ve seen chief executives working effectively with the homeless to  change policies and services. I’ve seen regional directors learn how to design job roles that change systems. And I’ve seen how workforces and cultures can change when staff are trained by service users.

It’s only by being fully inclusive and valuing the voices that matter, that we can be the difference that makes a difference.