The vicious cycle of homelessness 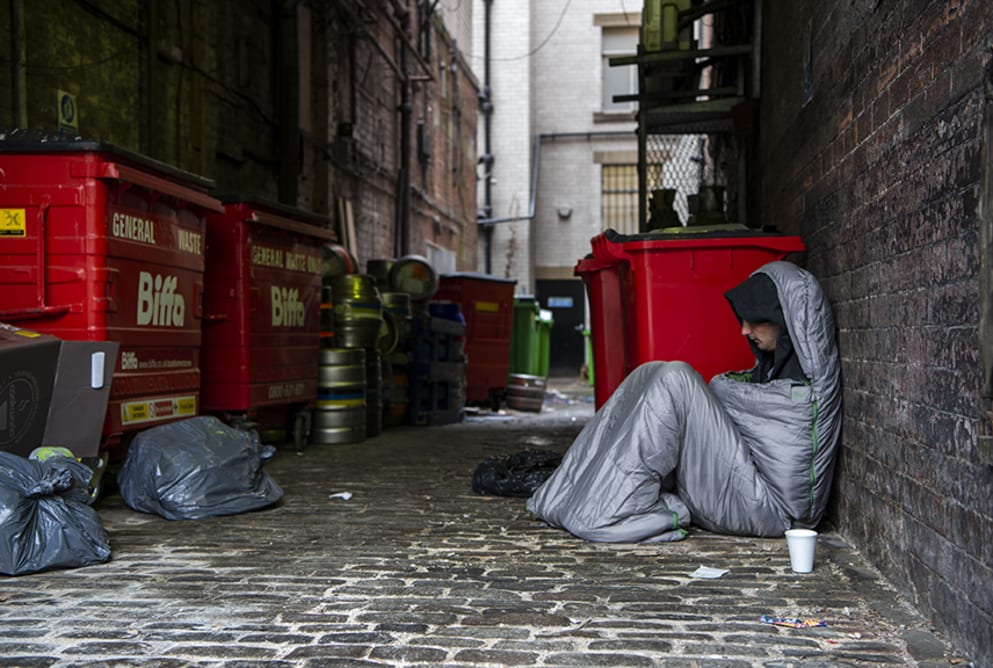 Homelessness isn’t simply solved by placing a roof over someone’s head. For many we support, the disadvantages they face make it incredibly hard to break the cycle of homelessness. It’s no surprise that England’s biggest ever study into equality and human rights reveals that people experiencing homelessness are among some of the most disadvantaged groups in our society. They face multiple disadvantages, with few opportunities for progress available to them.

The challenge of living independently.

Many people we work with struggle with living independently. Moving into their own accommodation, often for the first time in months or years, brings huge changes. They must manage their own bills, budget their money, cook, clean and look after themselves. This is a huge change and many find the challenges of living independently difficult. A report commissioned by Shelter and Crisis found that 25% of homeless people moving into privately-rented accommodation saw their tenancies fail, resulting in them returning to homelessness within 18 months.

The difficulties of living independently can result in eviction, like they did for Callum. Callum* has gone through cycles of sleeping rough, accessing accommodation and ending up back on the streets again. When we began working intensively with Callum, we helped him access an emergency hostel. However, Callum continually missed the hostel’s curfew and he would end up sleeping on the streets.

Callum was offered a flat but he found the change difficult to manage. He felt lonely and missed his friends on the streets. Callum's landlord evicted him after he continuously had people around and drug paraphernalia was found in the flat. Callum was reluctant to reconsider moving back into housing. He was free from living a life of rules, including curfews and required check-ins, and back with his friends on the streets.

Having no address keeps people homeless

A postal address is vital for homeless people to access the support they need. With no address, letters from the job centre, courts and healthcare, including vital appointment information, is not received. The consequences of these missed appointments can include benefit sanctions, missing out on housing and even arrest.

Having no address also excludes homeless people from the services they need to access. One key struggle for many we support is opening a bank account with no address. Having no bank account reduces a homeless person’s ability to receive benefits and gain employment.

We recently supported Chris* into a flat of his own, in an area he had wanted to live in. He is so pleased to finally have somewhere to call his own, where he can fully relax and feel safe in.

But, moving into his own place is not without its struggles. Chris is working and is very proud to have his own job and income. However, this means he cannot get housing benefit paid straight to his landlord.  Chris, like many people we work with, has struggled to open a bank account. Such a simple thing for many of us is so hard for those who are or have been homeless. Chris's employer pays him in cash. His landlord does not accept cash payments. Chris risks becoming homeless again simply due to not being able to open a bank account.

The cycle of homelessness can often begin in childhood. Research by Evolve Housing finds that experiences of trauma in childhood are linked to a higher risk of poor mental health and homelessness in later life. CentrePoint estimates that a quarter of those living on the streets have a background in care.

Yet all too often, homeless people slip through the gaps in mental health services or are denied access to treatment. If poor mental health – often stemming from experiences such as childhood trauma, family breakdown or bereavement – is left untreated, the more complex the individual’s mental health becomes. Consequently, they are more likely to remain on the streets.

Breaking the cycle of homelessness is a huge task, but one we won’t give up on. It’s why we focus on person-centred support with no time limits attached. We understand the huge challenges homeless people face. The challenges of living independently, having no address and of experiencing trauma and mental ill health. Challenges that can keep people trapped in homelessness.

Can help us stop the vicious cycle of homelessness? On 9th - 16th April, we want you to join us for 'Get on your bike for Simon'. Take part as a team or family or take on this cycling challenge solo - and set a goal for the number of miles you're aiming to cycle.

All you need to do is request a fundraising pack from our website, set up your Just Giving page and get on your bike!

Sign up to Get on your Bike for Simon now!