Twenty Years on the Streets 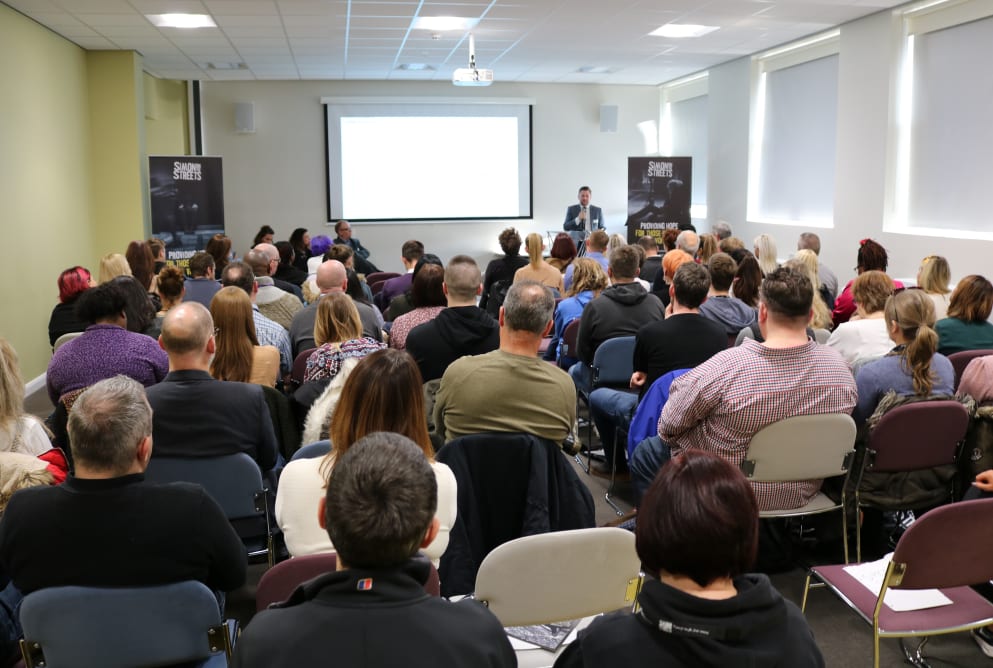 As you may know, this year was our twentieth anniversary. On 29th November, we marked the occasion by holding two events: one to celebrate 20 years and the other to discuss the important work being done locally to support those who find themselves homeless and on the streets.

On the morning of the 29th we held our first Homeless Seminar. The seminar began with a welcome from Eric Richardson, CEO at Simon on the Streets. He gave a brief overview of the history of the charity and the current EU migrant housing and women's outreach projects.

Peter Smith, national government lead for the Rough Sleeper Initiative, was our main guest speaker and he discussed the steps the government was taking to tackle rough sleeping across the country. 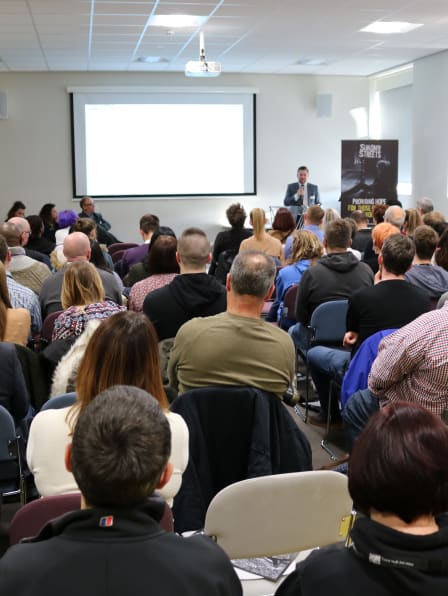 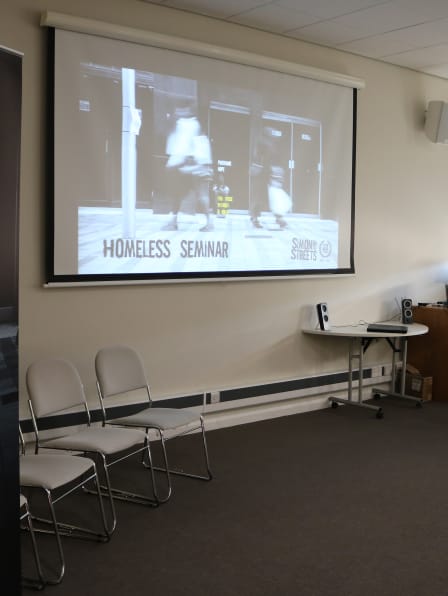 The number of people rough sleeping has increased by 165% since 2010. In September 2018 the 83 local authorities with the highest numbers of rough sleepers received £30 million from the government to establish local Rough Sleeping Initiatives to help people on the streets now. These initiatives included employing expert advisors, training packages and funding for cold weather provision.

The heads of the local Rough Sleeping Initiatives in Leeds, Bradford and Kirklees, the three areas we work in, then spoke about what they are doing locally to support people sleeping rough.

Donna Harkins has headed the Kirklees Rough Sleeping Initiative team since it was established in July 2019. Their team consists of four outreach workers who cover north and south Kirklees. They have recently acquired funding for two additional workers who will be based in local hospitals, particularly A&E departments, to engage with rough sleepers.

Clare Flannigan manages the Bradford Homeless Outreach Partnerships which consists of a team of specialists, including a psychiatric nurse from Bevan Healthcare, a Housing Options Officer, a Substance Specialist and a Multiple Complex Needs Specialist, among others. Our two outreach workers in Bradford also work closely with the team. Since July 2019, the team has housed 60 people in Bradford, working with some of the most entrenched rough sleepers in the city.

The Safer Leeds Street Support Team, headed by Derek Hughes, brings together a range of professionals, including Change Grow Live, Bevan Health Care, Forward Leeds and Beacon to support those on the streets. In Leeds in the last 12 months, 250 individuals have been recorded as sleeping rough in Leeds. 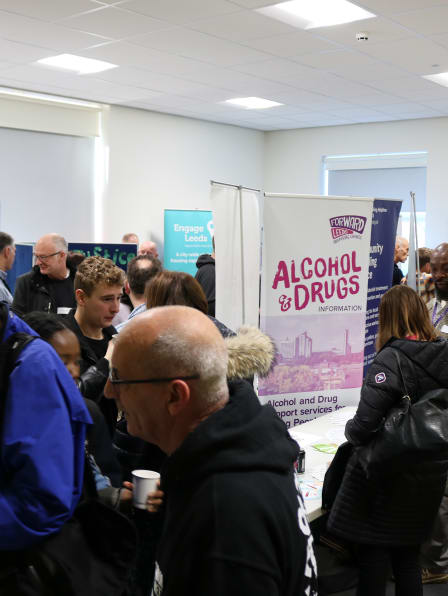 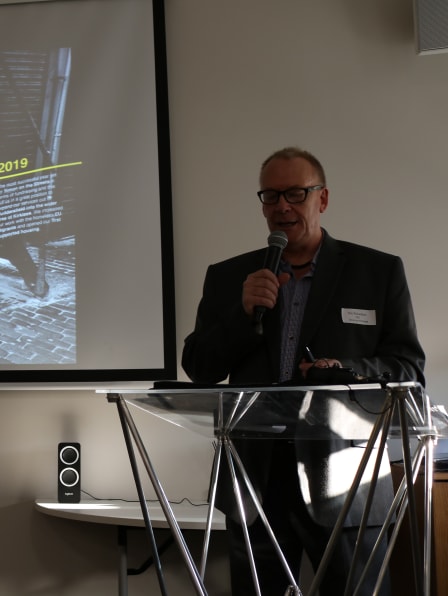 Eric Richardson, CEO of Simon on the Streets

Our volunteer and former client, the amazing Pixie, ended the seminar by recounting her time on the streets, the difficulties in getting help and support and her hopes for the support of the homeless in the future.

Organisations working with the homeless and vulnerably housed across West Yorkshire also held stalls at the event and provided information about the work that they do.

It was great to hear about so much positive work in each of the three areas we work in. However, unfortunately the funding for the Rough Sleeper Initiative teams runs out next year. To continue providing much needed support to those on the streets we need the government to continue to fund these teams.

On the evening of the 29th November we held our anniversary gig at the Holbeck Working Men’s Club. We had music from the ska band Skandals and local band Hope & Social. Manjit’s Kitchen was also at the event, serving warming, spicy Dhal and tasty onion bhajis.

We raised over £1,500 from ticket sales at the gig, which will help continue our work with those who are homeless and vulnerable on the streets this winter.

We would like to thank everyone that attended and everyone who has supported us throughout our twenty years on the streets. 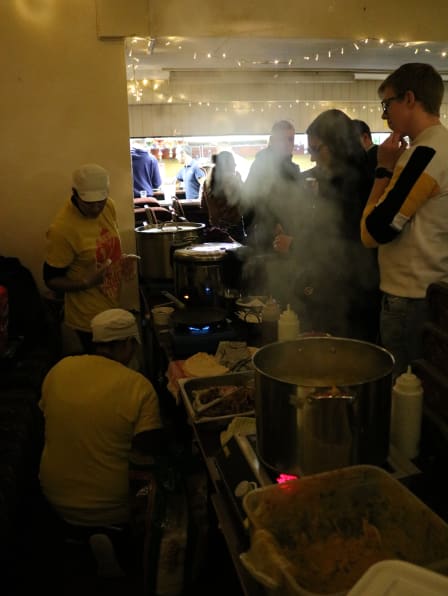 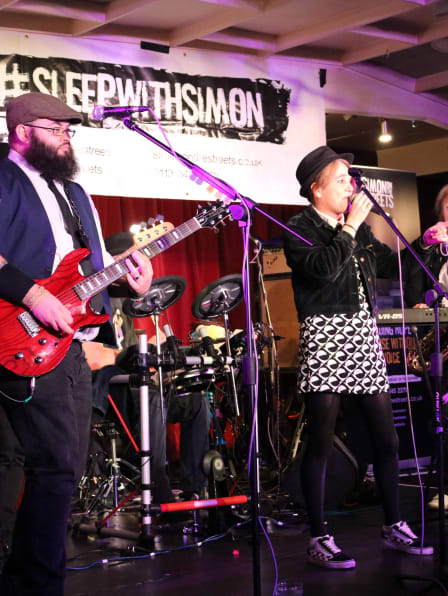 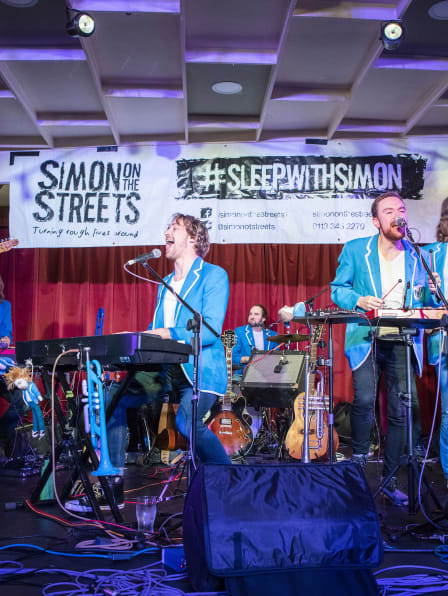 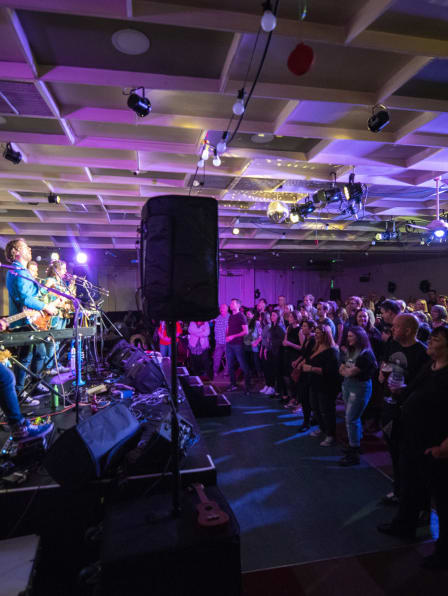 Thank you to everyone who came
Share this article