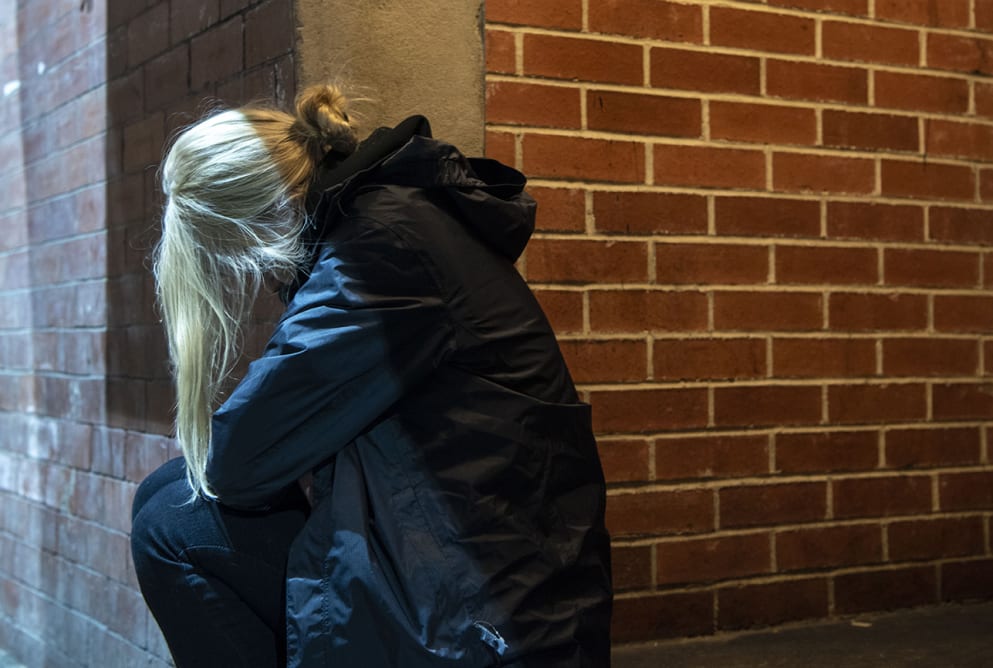 Today on World Homeless Day we are talking about the hidden homeless: people we don't often see and therefore aren't counted in official statistics.

Homelessness takes many different forms. The most visible form of homelessness is rough sleeping. According to government figures, in 2018 4677 people were estimated to be sleeping rough. The charity Crisis has estimated the true figure is above 8,000.

Many more are hidden homeless - people who become homeless but find a temporary solution by staying with family members or friends, living in squats or other insecure accommodation.

They do not often show up in official statistics and there is no reliable data on how many people live this way, but it is estimated that around 300,000 people are hidden homeless.

As well as being missed from official statistics, they are also hidden from help and support as they are harder to find.

Many of the women we support are “hidden”. It is less common to see women sleeping rough as many women resort to living in dangerous and even exploitative situations in order to keep a roof over their heads.

Some stay with an abusive partner for fear of having nowhere else to go, some enter into sex for rent deals with landlords or are expected to pay sexual favours whilst sofa-surfing. Those who do sleep rough face frightening levels of sexual violence and abuse.

“Women who do access accommodation or support services are forced into a male dominated environment. With little to no privacy they are often scared. This prevents many from accessing services and forces them underground. They are forced to sleep rough or sofa surf with no fixed abode. They do not access services or ask for help.

Many have children who are temporarily in care and they cannot get their children back until they have permanent accommodation. It’s a vicious cycle as they need to access services for this to happen. This doesn’t happen as there are no safe spaces for them to access.”

We are delighted to see the recent opening of a women-only hostel in Leeds. St Anne’s Resource Centre opened the ‘Somewhere Safe to Stay hub’ which offers nighttime emergency accommodation for up to five women who are homeless.

We recently worked with two women who both had faced childhood abuse and abusive relationships. One became involved with street work to ensure she had money for a place to stay.

We engaged and initially worked with both women on outreach in the city as they were street homeless. The two women are now in safe accommodation after many months of work.

They have both said that the emotional time and understanding from our team around the traumatic impact from their past experiences, as well as help in regaining confidence and most of all giving them long term support made the difference to their lives.

If you know someone who is sleeping rough or is homeless, visit our get help page and get in touch.