The hard truth about violence and women on the streets 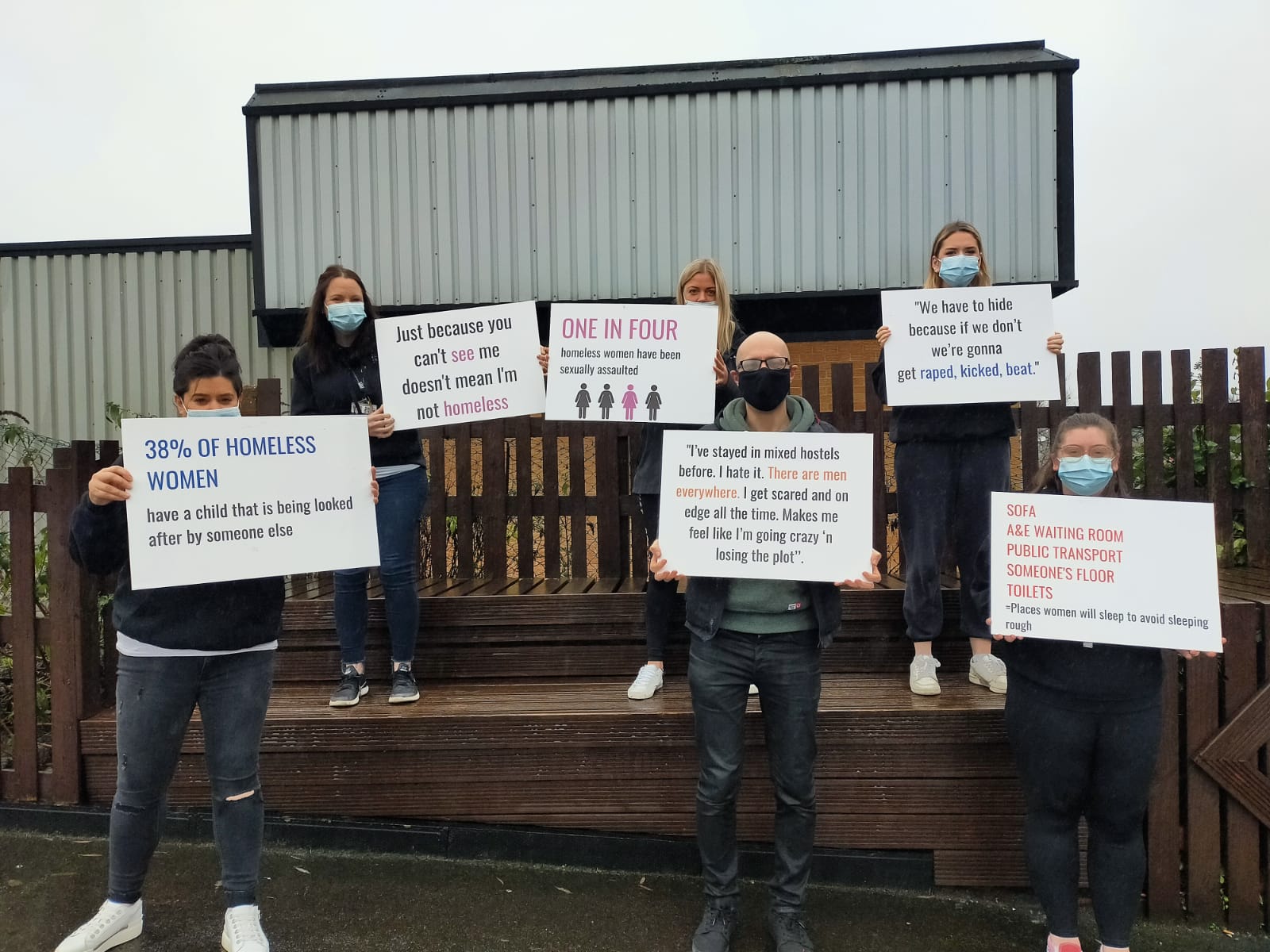 According to the government’s rough sleeping statistics, women make up 14%  of documented rough sleepers in England. But these statistics don’t represent the reality. In fact, homeless services believe that women constitute a much higher number of the hidden homeless, that section of society who are less visible than rough sleepers.

You’re less likely to see a woman sleeping rough. They don't sleep in the city centres, which makes obtaining the correct statistics difficult, since this is where rough sleeper counts are conducted. They’re harder to find, and for good reason.

Women on the streets are extremely vulnerable to violence. As a result, they’ll do their best to remain hidden. But, if women are not seen, and not counted in formal statistics, their needs are ignored. That’s why, in the lead up to International Women’s Day, we’re focusing on raising awareness of the realities women on the streets face. And how you can help.

Violence is a cause and consequence of being on the streets.

Many women facing homelessness have fled domestic abuse. According to Shelter, domestic abuse is the third most common trigger for women losing their homes. In research conducted by Homeless Link, 93% of homeless women interviewed said that they had experienced domestic abuse.

When we met Beth* whilst on our  evening outreach in the city, she told us that she’d  fled to the streets after her violent partner had attacked her. Beth had bruises on her face and body, and a deep cut to  her leg, sustained when she escaped from her abusive partner. She had left her house and everything she owned behind.

For women fleeing domestic abuse, a lack of gender specific services and shortage of refuge places leaves them with few options but to stay in male-dominated environments, for example, emergency hostels. They’ll avoid using homeless hostels due to the high proportion of men present in that environment.

The streets are an even less safe place to be. Women we’ve worked with talk of their fear of being robbed, harassed or raped while sleeping rough. To protect themselves, they remain hidden in discreet sleeping spots, including squats, derelict buildings, or public toilets.

Sexual violence is a very real threat for women on the streets. According to Crisis, nearly 1 in 4 female rough sleepers have been sexually assaulted, with nearly 6 in 10 women reporting being intimidated or threatened with violence .

The perpetrators of this sexual violence can be members of the public or a fellow rough sleeper. Not knowing who they can trust means that women live in constant fear for their own safety. They develop informal strategies to hide and keep themselves safe, effectively becoming “invisible”.  But it’s these very strategies that lead women into equally dangerous situations, and without access to support of any kind.

Women put themselves at risk to stay off the streets

To feel safer, women on the streets may enter into a relationship with a man to protect themselves. Other women will instead enter into “sex for rent” arrangements or facilitate criminal activities in exchange for a bed.

When we first met Bridget* she was sleeping in a bus station, She had struggled to find somewhere safe to sleep. She moved between derelict buildings, squats and even bins in an attempt to keep safe. She began undertaking survival sex. Men would approach her and would offer a bed for the night. In exchange, they would expect her to engage in sexual activity. She felt like she was being deceived and coerced into providing sex when she didn't want to. But ultimately, she felt this was safer than the alternative of sleeping on the streets.

The violence women on the streets face pushes them in hiding. Making them less visible,  and concealing  the true number of homeless women.

We need services, councils, and the government to recognise the challenges women face, and to respond with increased gender specific spaces, support and services. That way we can ensure women are truly supported, and truly counted.

If you’re concerned about someone you have seen on the streets, please get in touch with us and check out our Get Support pages.