The realities women on the streets face: Survival Sex 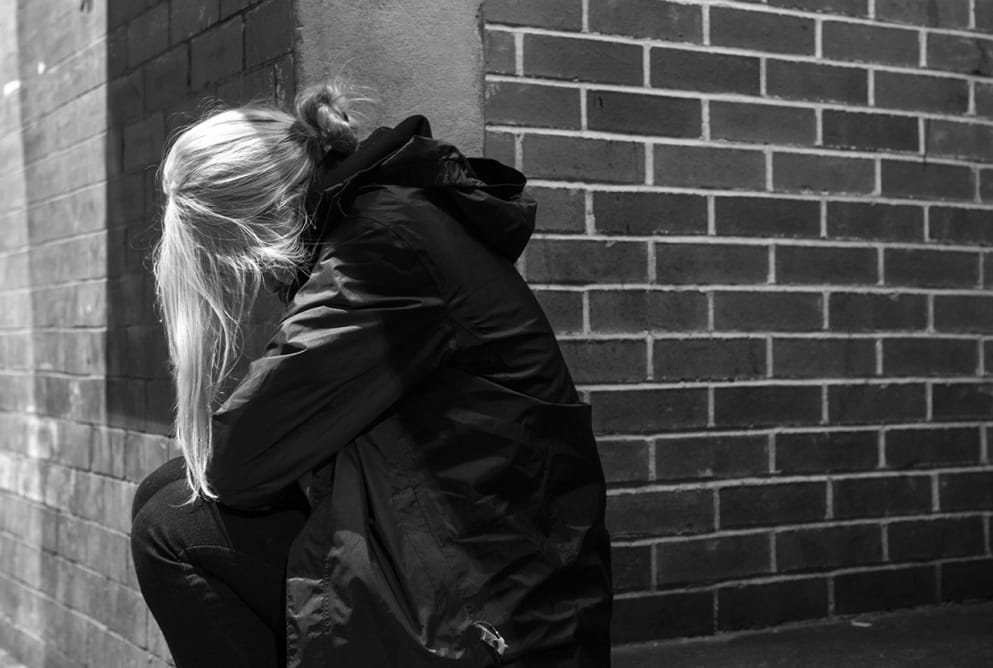 We’re less likely to see women sleeping rough. As discussed in last week’s blog post, women experiencing homelessness will do anything they can to avoid the danger they face on the streets. This includes engaging in survival sex.

Survival sex isn’t widely discussed, but most women we work with have engaged in survival sex in order to survive. Which is why we’re raising awareness of survival sex in the week of International Women’s Day. In this post we’ll talk more about what survival sex is, why homeless women may engage in it and the risks involved.

What is Survival Sex?

“Survival” sex involves exchanging sex to meet immediate needs. This could be financial needs, accommodation or somewhere to sleep. Many women also undertake survival sex to pay for food, laundry, drugs and alcohol and support for their children. Not all women who engage in survival sex will class themselves as sex workers, as many undertake survival sex infrequently and only when in need.

Women often turn to survival sex out of desperation. Changes to welfare policy, lack of social housing and the recent economic effects of the coronavirus pandemic have all contributed to homeless women undertaking survival sex.

Survival sex is often linked to poverty. Many of the women we’ve worked with who have disclosed to us that they’ve undertaken survival sex had few or no options left to them. They had no ID, no bank account, no benefits and no access to the internet.

The current pandemic has led to job cuts and loss of housing for many. Women may undertake survival sex as for them it was the only viable option for managing homelessness. This can range from staying with a man for the night to longer-term situations where a woman would remain in a sexual relationship to avoid becoming homeless again.

This isn’t an issue that affects only a small number of women. In fact, research by Shelter in 2018 found that 250,000 women in England had been asked for sexual favours in place of rent in the last five years.

Abi* escaped her abusive partner and fled from her hometown to Leeds. Her partner had controlled all her finances and she had no money. She undertook a survival sex to get a bed or sofa to stay on for the night. She described her experiences as “soul destroying”.

As many women turn to survival sex out of deprivation they may engage in more risky forms of sex work, such as working alone. This can make them particularly vulnerable to exploitation, violence and rape.

Nadine* often engages in survival sex to sustain her drug dependency. When we met Nadine one day, she was shivering and upset. Nadine told us that a man had approached her for sex. He had told Nadine he would only pay her afterwards. Nadine always agrees to payment in advance, but she was suffering from withdrawals that day and was particularly desperate for the money, so she agreed to his demand. Afterwards, the man refused to pay her. Scared, but desperate for money, Nadine had instead spent the day begging on the streets to afford her drugs.

Survival sex could be seen as a mutually beneficial contract, but for many women we’ve worked with, they’ve felt that they had little or no choice. Men have taken advantage of the vulnerable situation the woman is in, knowing that they are less likely to say “no” and more likely to do what they want.

Bridget* undertook survival sex when she became homeless. Men would approach her when they saw her alone on the streets. She would tell them about her situation, and they would invite her back to their place. However, they would expect sexual activity in exchange for shelter. Bridget said this made her feel like she was being deceived and coerced.

She met a man who owned a small company. He offered her a job as his receptionist. Instead of receiving a wage, she was given a place to sleep on the office floor. She was required to provide sex in exchange for the job and shelter. He would also bring his friends around with him, who expected sex from Bridget too.

Homeless women who undertake survival sex do so to survive. Until the government recognises the challenges women face, and responds with gender specific support and services, survival sex will continue. We should not tolerate a system where survival sex is ever anyone’s last resort.

If you’re concerned about someone you have seen on the streets, please get in touch with us and check out our Get Support pages.